How can we help you today?

Characters level 1-20 will hunt monsters that are located on the outskirts of your faction’s castle. Characters can learn basic skills to hunt. It is important to increase Strength to hunt monsters in order to level up faster.

Please note that there are no certain job classes in 12 Sky 2 Classic.  For example, characters from Noble Dragon can acquire and utilize all skills that are related to weapons without limitation. However, some skills can only be used when the right equipment is used.

*Tip: Characters can teleport to other maps via teleport NPCs including Chief Guards located in main castles.

Characters will have chances to acquire uncommon rank items or Fortune Pouches by defeating Field Champion Monsters. However, since Field Champions are much stronger than normal field monsters, take extra caution when battling these monsters. 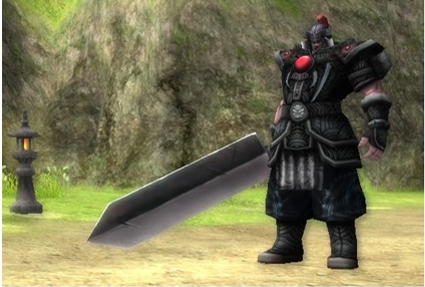 Each field has Dungeon such as Maze Diomas, Furatou Cave, Unso, and more. It might be a good idea to enter dungeons frequently to level up fast.

However, all monsters in dungeons will attack first, so be alert at all times! 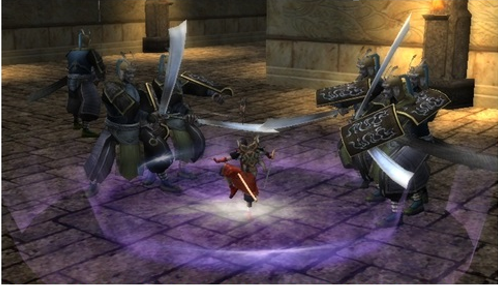 Characters level 40-50 will be eligible to teleport to the next stage maps such as Bajodi Flatlands, Shangu Valley, Lujong Plains, and more to hunt higher level monsters.

In order to use the feature, you must have an Auto Hunt Scroll (duration can be accumulated) to use and can be purchased via Medic NPC in each main castle.

Characters level 60-65 will be eligible to teleport to the next stage maps such as Ziming Plains, Migong Valley, Shangu Valley, and Mogui Valley to hunt higher level monsters.

Dungeons within this area are divided into 2 stages to hunt:

Starting from Level 60, characters are eligible to use Common Skills (regardless of which fraction you came from) to enhance character stats and abilities. 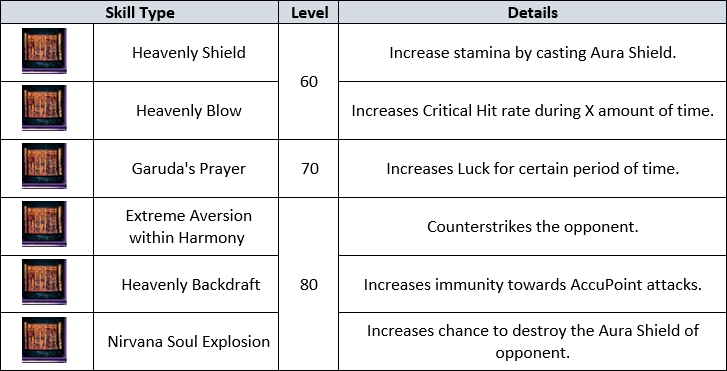 Characters level 90+ can move to the portal located on the North of Yanggok Valley. Then, they can transfer to dungeons located in each fraction: Kusimono Cave, Rojiko Caverns and Sumizo Palace.

Dungeons within this area are also divided into 2 stages to hunt:

*Tip: Yanggok Valley is designed for PvP with characters from other fractions so extra caution is required. 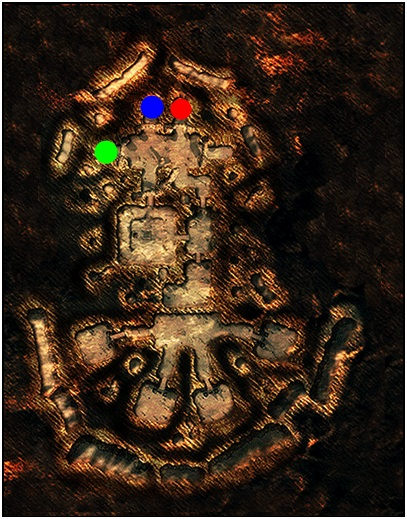 Monsters in Marolo Island will provide additional EXP for you to level up rapidly.

Upon reaching at level 100-105, characters can access the next stages including Chikurin Ravine, Shirani Path, and Reisuto River to face stronger monsters.

There are 3 dungeons located in the west:

We strongly recommend to hunt monsters listed below while you are in the dungeons mentioned above:

Recommendation: Hunt monsters in this area until your character surpasses Level 112 and reaches Master Lv 1 or 2. Then, move onto the nest area listed below to hunt Master level monsters:

Did you find it helpful? Yes No

Send feedback
Sorry we couldn't be helpful. Help us improve this article with your feedback.